NEXT DOOR to a STAR by Krysten Lindsay Hager

After Hadley’s best friend moves away and she gets on the bad side of some girls at school, she goes to spend the summer with her grandparents in the Lake Michigan resort town of Grand Haven. Her next door neighbor is none other than teen TV star Simone Hendrickson, who is everything Hadley longs to be—pretty, popular, and famous—and she’s thrilled when Simone treats her like a friend.

Being popular is a lot harder than it looks.

It’s fun and flattering when Simone includes her in her circle, though Hadley is puzzled about why her new friend refuses to discuss her former Hollywood life. Caught up with Simone, Hadley finds herself ignoring her quiet, steadfast friend, Charlotte.

To make things even more complicated, along comes Nick Jenkins…

He’s sweet, good-looking, and Hadley can be herself around him without all the fake drama. However, the mean girls have other ideas and they fill Nick’s head with lies about Hadley, sending him running back to his ex-girlfriend and leaving Hadley heartbroken.

So when her parents decide to relocate to Grand Haven, Hadley hopes things will change when school starts…only to be disappointed once again.

Is this really what it’s like to live…
Next Door To A Star?

Krysten Lindsay Hager is an obsessive reader and has never met a bookstore she didn’t like. She’s worked as a journalist and humor essayist, and writes for teens, tweens, and adults. She is the author of the Landry’s True Colors Series and her work has been featured in USA Today and named as Amazon’s #1 Hot New Releases in Teen & Young Adult Values and Virtues Fiction and Amazon’s #1 Hot New Releases in Children’s Books on Values. She’s originally from Michigan and has lived in South Dakota, Portugal, and southwestern Ohio. She received her master’s degree from the University of Michigan-Flint.

Chasing Destiny is finally here!! {I've been waiting... impatiently... for this!} 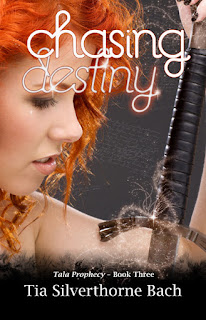 An ancient prophecy set forth her ultimate destiny:
Destroy the lawless ones or Hell’s gate will burst open.

So much has changed since Reagan shifted for the first time. She found the grandfather and brother she thought were dead, reunited with her grandmother and aunt, met a twin sister for the first time, discovered a powerful magic pulsing through their family’s veins, fell in love, and became part of a pack.

Evil also came into Reagan’s life in the form of Rafe, a madman who commands a demon-werewolf army. He’ll stop at nothing to destroy everything good.

Destiny may have determined Reagan’s fate, but she refuses to allow it to define her path. To save the world, she must:

Along the way, Reagan will discover that strength comes from faith, from believing in the unbelievable, and a new battle cry emerges…

With Faith, We Fight 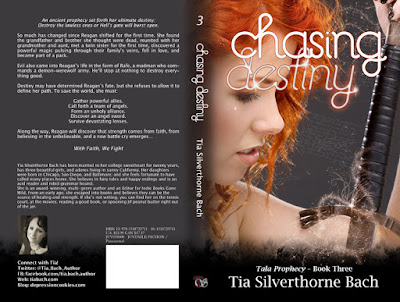 To celebrate the release of Chasing Destiny, I’m running 12 Days of Giveaways. Check out the post here, and enter to win a daily prize(s).

And there’s a Goodreads Giveaway… 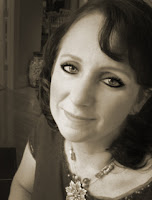 Tia Silverthorne Bach has been married to her college sweetheart for twenty years, has three beautiful girls, and adores living in sunny California. Her daughters were born in Chicago, San Diego, and Baltimore; and she feels fortunate to have called many places home. She believes in fairy tales and happy endings and is an avid reader and rabid grammar hound.

She is an award-winning, multi-genre author and an Editor for Indie Books Gone Wild. From an early age, she escaped into books and believes they can be the source of healing and strength. If she’s not writing, you can find her on the tennis court, at the movies, reading a good book, or spooning Jif peanut butter right out of the jar.